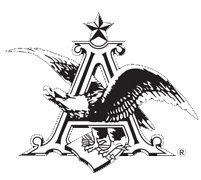 Since its founding in 1852, Anheuser-Busch has honored its historic brewing methods, maintaining the tradition of brewing the finest beers, one batch at a time. Nestled in the historic Soulard neighborhood of St. Louis, Anheuser-Busch’s largest and oldest brewery site was selected based on its access to the Mississippi River, the large presence of German immigrants in the 1800’s, and the natural cave formations that were used to store beer prior to artificial refrigeration.

Anheuser-Busch welcomes over 600,000 visitors each year to their historic campus, so regardless of the brewery experience you choose, as you walk through the halls of the historic St. Louis brewery, you are transported in time. You will realize the vision that became one of the largest and oldest breweries in the nation. From the history-rich architecture – including three National Historic Landmarks – to cutting-edge brewing technology, you will witness first-hand the heritage and timeless tradition Anheuser-Busch employs to brew beer.

The Research Pilot Brewery, a 15-bbl brewery established in 1981 as an employee, research and innovation incubator has been brewing, testing and refining Anheuser-Busch’s brewing techniques for over 30 years. Brewing innovative experimental batches keeps their brewers’ skills fresh and expansive so they can stay innovative while also ensuring their ability to brew Budweiser that meets and exceeds Anheuser-Busch quality standards. Just like in their big brewery, quality comes first; the Anheuser-Busch RPB team in St. Louis works hard to ensure each beer they brew meets the highest industry standards.

Most consumers are familiar with the results of the RPB’s efforts. The RPB allows Anheuser-Busch to experiment with a vast array of ingredients and new brewing techniques to create eccentric beers as well as brews that have become national staples like Bud Light (1982), Shock Top (2004) and more recently their popular Shock Top Pretzel Wheat, which was inspired by Gus’ Pretzels in St. Louis.

The possibilities and considerations – flavor, alcohol content, calories, ingredients – are endless at the RPB. Nothing is ever off the table. Regardless of the outcome of any experimental brew the process keeps Anheuser-Busch brewers skills fresh and expansive so they can create the next big innovation. At any time, there may be 30 to 50 different beers in various stages of the brewing process.

Anheuser-Busch is excited to be serving limited quantities of RPB-brewed beers in their St. Louis Biergarten as part of the Underground Collection on a rotating basis.