The long, unforgiving St. Louis winter appears to be finally gone, and that means patio season is unofficially underway. The St. Louis region has plenty of breweries where you can soak up the sun and the suds.

One you’ll want to put on your summer list is Stubborn German Brewing Company in downtown Waterloo, Illinois. 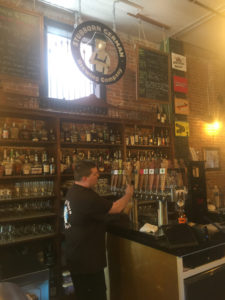 Owned and operated by Chris and Tammy Rahn, the brewery just celebrated its first anniversary this April. But even in that short time, Stubborn German is already a staple in this old, traditional, small town where German influence can be found all around the city.

“When we were naming our brewery, the term “stubborn German” kept sticking with us,” said Tammy Rahn. “And the more we thought about the German beers that we wanted to brew, and that we also have a love for hoppy American styles as well, we got pretty stubborn ourselves about what we wanted to do, so it stuck.”

The inside of Stubborn German is exactly what you would expect. They pay tribute to the strong German culture of Southern Illinois, with traditional German beer hall tables and bench seating that is always lively and fun. 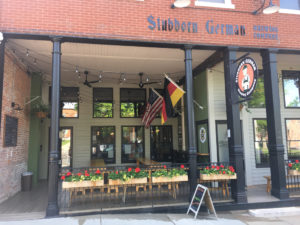 Outside is where you’ll want to plant your arsch.  More of a biergarten then a patio, there is plenty of outdoor seating on the front side patio that gives you plenty of room for your group and a view of Main Street. This part of Waterloo is a bit on the charming side, so make sure get a good seat and then just kick back. 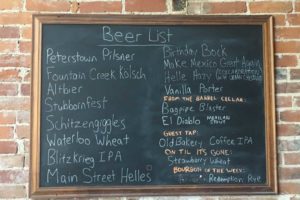 The Beer
As stated, the beer selection is a cross of German and American style beers, with 15 on tap at any given time, plus one rotating guest tap.  You’ll find a robust menu of styles year round as well as select seasonals. The current yearly offerings include:

The summer seasonal offering is just what you would want from a German-influenced brewery.  Main Street Helles is a light and refreshing Bavarian lager and designed for hot summer days in mind. Ringing at a sessionable 4.9% ABV, this lager features pilsner malt and German lager yeast.

Another summer favorite to look for is Peterstown Pilsner. A  traditional German Pilsener that is brewed all year long. It has a big hop aroma of Hallertau Mittelfruh hops and crackery German pilsner malt. It’s pale gold in color and forms a thick white foam on top, and has brilliant clarity. The taste follows the aroma: more big hop flavor and pilsner malt. They use a traditional German lager yeast to ferment it slow and cool, then give it a few weeks to lager. The end result is a crisp, clean, sessionable, German Pilsner!

As much as Stubborn German is about the beer, don’t forget the bourbon as they have one of the best bourbon selection in the area, and probably one of the best in the state. The drinking opportunities here are plentiful, and if you get hungry you’re encouraged to bring in food from any of the handfull of great restaurants that surround the brewery and eat if they wish.

How to get there
Stubborn German Brewing company is located 20 minutes south of the JB Bridge. Set your GPS to – 119 South Main Street 62298 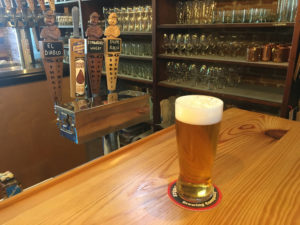 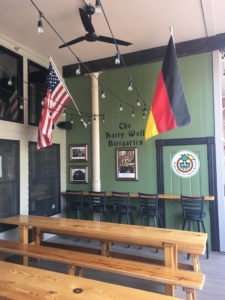 Back to the Bulletin